Learning, Networking and Moderating at the Biofuels International 2013 Conference

Last week, we announced that our CEO, Kathryn Sheridan, would be moderating the two afternoon streams at the 6th Biofuels International 2013 Conference in Antwerp. I was happy to go with Kathryn to Antwerp to get an update on the biofuels debate and to meet interesting people working in the bioeconomy sector. 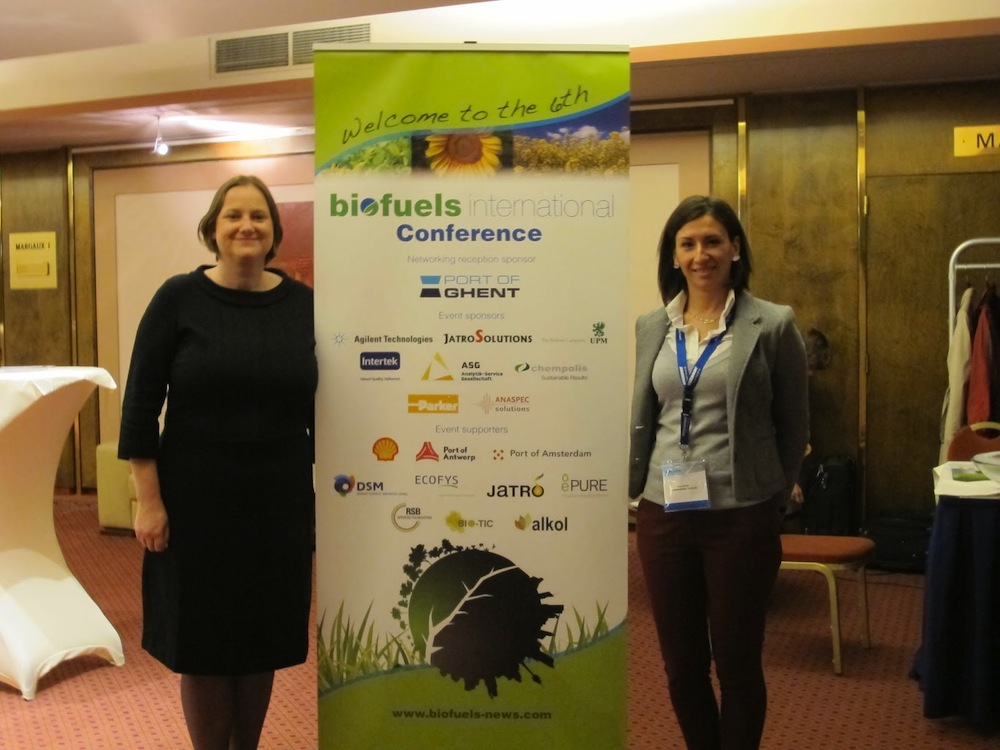 Day One set the framework for the debate and the hot topic was the uncertain political and regulatory environment for biofuels, particularly on indirect land use change (ILUC). The afternoon Finance Stream session included presentations from Lars Gaustav, Senior Vice President for Transport Fuel and Retail ASA, Chris van Niekerk, Associate Director at NIBC Bank and Ludwig Goris, Investment Manager at Capricorn.

During the session, the European Parliament voted on a 6% cap for biofuels derived from food crops such as wheat, corn, or sugar in transport fuels. MEPs also voted to postpone the decision on ILUC factors until 2020. The vote now goes to second reading so it will be a while before this uncertainty is resolved.

Summarising the session, Kathryn said, "We've seen some political movement today with the vote in Strasbourg. There is a feeling that the market has slowed and that, at least in Scandinavia, the market share of renewables is shifting. However, there is a market in Europe and the customer wants to make sustainable choices. We need to create a regulatory environment that will help the industry give the consumer what they want."

In the morning session of Day Two, companies presented interesting case studies of their technologies. Kathryn then moderated the afternoon stream on Sustainability and ILUC. Dr Martin Grass, Auditor at Interek, stressed the contradictions in Member State laws and in EU regulation and pointed out the lack of a positive list for 'good' biofuels. On the other side, Daan Peters from ECOFYS argued, "It's time to stop blaming other sectors for ILUC if we want policy support" and that, "One size doesn't fit all."

Pietro Caloprisco, Policy Officer at NGO Transport and Environment, stressed the importance of efficiency in transport and urged the audience to lobby for quicker progress on the biofuel-related Directives. Carmen Millan Chacartegui, Director of Project Promotion and Institutional Relations at Abengoa Bioenergia showed how bioethanol plants can create jobs and socio-economic value in depressed regions like Andalusia.

The conference showcased the intense research and innovation happening in the bioeconomy field. We were pleased to be part of this conference and to provide a professional moderator service to the participants. We believe that bioeconomy will play a significant role in the world's future industrial development.

Video press release with @DmcBiotech CEO Matt Lipscomb and @kathrynsheridan. Hear all about it at https://t.co/iDQO0doo2g