We provided full marketing communications, media and social media support to Reverdia. Highlights of the programme included Reverdia winning 'Bio-Based Chemical Partnership of the Year' at World Bio Markets and being ranked #1 for the Biofuels Digest HOT 40 in 2016. We built a global profile for the company in the media and at high-level events such as Sustainable Brands, World Bio Markets and the BIO World Congress. We also managed the @Biosuccinium Twitter feed and the company’s LinkedIn page.

Two big announcements were distributed through the SC Newswire in 2017. Bonderalia Italia launched ECOBOND PKW, a natural and multifunctional emulsifier derived from organic pumpkin seed oil and Biosuccinium® S, a new grade registered under the ECOCERT Natural and Organic Cosmetics Standard. It was also announced that Biosuccinium® was being used to produce bio-based materials for a new range of hiking boots from VAUDE. Both stories saw great pickup from stakeholders and press, boosting Reverdia’s visibility.

Reverdia has been featured on the cover of Chemical & Engineering News and in Chemistry World. Read 'Biobased Polymers Go Big' and 'Bio-based building blocks'. Reverdia’s President Marcel Lubben has also been interviewed for a number of media outlets including Bio-based World News. 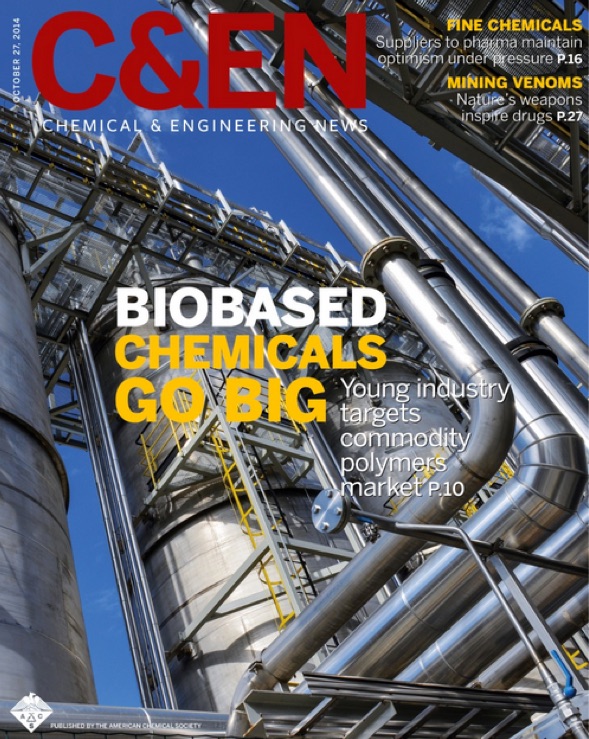 Need to rent a coaching or therapy space in Brussels? Our Founder @kathrynsheridan has creating the most beautifu… https://t.co/D2ITCsFvjy